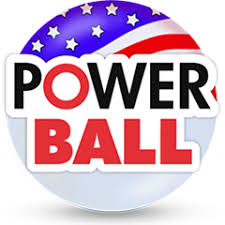 This NCAA Men’s Division One Basketball Championship Tournament is better known as March Madness throughout the country. This college basketball tournament began in 1939. Over the years it has seen many changes and it doesn’t resemble anything like its original form. But the end results have not changed. It still crowns the last winning team as the “National Champion of College Basketball.

The estimated odds of accomplishing such a feat is 1 in 9,223,372,036,854,775,808 or more easily stated over 9.2 quintillion-to-1. These odds seem to make the odds of winning the jackpot in the Powerball Lottery or the Mega Millions Lottery at 175 million to 1 very winnable. No matter how much money there is available to win in the Mega Millions lottery, March Madness NCAA basketball brackets are more popular than the Mega Millions results during the month of March.

More money is wagered during the first four days of the men’s college basketball March Madness Tournament than the one day single Sporting event known as the Super Bowl. The FBI estimates that $2.5 billion is illegally wagered while Las Vegas Sports Book Operators suggest that $80 – $90 million is legally wagered.

The March Madness National Champion Men’s Basketball Team will go down in history and millions of basketball fans, especially the coach, team players, the college student body, the alumnae and college basketball fans in particular will all remember the winner’s name. Unfortunately, hardly anyone will ever remember or even know the names of the lottery winners who may have correctly picked all the matching numbers of the Powerball’s winning results or the Mega Million’s winning results.